Paddling With A Stick...Rediscovering The Greenland Paddle

When I initially saw other paddlers using paddles resembling those used in Greenland, I couldn't help but laugh at them and make fun of them. I couldn't help but wonder why these people weren't more forward-thinking, why they didn't adapt to the times and use the newest, most innovative paddles available on the market. After all, these paddles have undergone significant development over around one hundred years. Indeed, all of our cutting-edge technology and materials from the space era are superior to the "sticks" that those traditionalists utilized.

After researching the Greenland paddle, one of my customers asked me if we had it since they were interested in purchasing one. I took it out for a spin with the customer, who was also interested in the vehicle because we had an older Sawyer model that had been in storage for a very long time. It took some practice to get used to paddling, but when I rolled with it, I came up with such power that I immediately capsized again. After that, both he and I became utterly engrossed in the game. The most striking realization was how much more enjoyable kayaking had become for me once I switched to paddling with a stick. 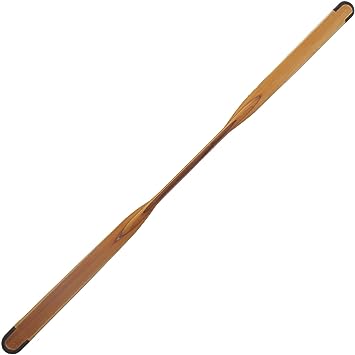 We have begun carrying the Betsie Bay Kayak Inuit, Greenlander, and Storm paddles in our inventory. Al and Betsie Anderson, who live in Frankfort, Michigan, are responsible for hand-making each paddle. My initial introduction to these paddles came from the manufacturer itself, so while John Heath's videos and magazine articles helped teach me some fundamental skills, they were not where I gained the most of my knowledge. I went to the Annual Delmarva Paddlers Retreat, where Greenland-style kayaks and paddles are considered the most effective. The Greenland National Kayak Club president, Kaleraq Bech, was present. This club is known as Oaannat Kattuffiat. Lessons were provided by several other Greenland fans who were there. As a result of their teaching, I was able to acquire the knowledge handed down through the years from the pioneers who invented kayaking. I found out that these paddles were developed over thousands of years by people whose very lives depended on their equipment and talents to withstand the terrible sea and weather conditions that were prevalent near the Arctic circle. For them, paddling was not a pastime or a kind of pleasure; instead, it was a way of life essential to their existence. Paddlers had additional challenges when hunting from their kayaks since they needed to be prepared for everything that may happen. Despite their age and seeming simplicity, these paddles have some impressively modern technology. To summarise, the essential qualities that a good paddle should have are functionality and protection. It would not do for a paddler to let themselves become fatigued. If he did, he would make mistakes. And if you committed errors, you did not come home.

Take, for instance, the activity of rolling. I asked the Greenlanders if they could assist me with my role while we were together on the water. They challenged me to show them what I could do, and I responded by performing a textbook C-to-C roll followed by a tremendous hip snap. I was shocked by their unfavorable feedback because I had anticipated they would approve. They remarked that I had wasted too much of my energy. They said that a roll that would have been suitable for white water circumstances was not ideal for sea conditions, even if it would have been a fantastic roll in white water settings. Whatever it was out at sea that caused one vessel to capsize, those circumstances were waiting to strike again after the registration was through. Because of this, there is a chance that the individual will topple and roll numerous times before they can paddle out of these circumstances. Exhaustion and headaches are the inevitable results of several rolls. The Greenlanders then instructed me on how to perform an "effortless roll," which involves slowly and smoothly righting the kayak while using minimal effort. It seems as though one of them is moving in slow motion. 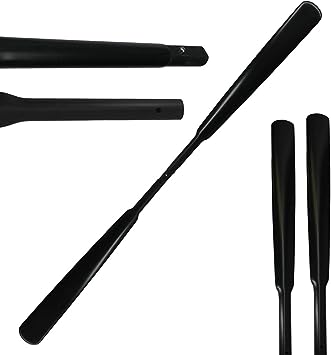 The same is valid for canoeing and kayaking, and effectiveness is the most critical factor. Due to these and other factors, the paddle's dimensions and contours came about, not just because driftwood of that size was the only one available.

Let's look at the characteristics that set these paddles apart from the others. First, the design of the blade, which is long and thin, is less susceptible to wind from ANY direction. The blade's cross-section has a form that is optimized for aerodynamics. Because the edge is "feathered" when a strong beam wind is present, there is no risk of capsizing due to the wind lifting the blade as with the more recent feathered paddles.

The form of the blade is also one that is hydrodynamic. The consequences of its interaction with the water resemble a propeller more than a paddle wheel would have under normal circumstances. When the top edge of the paddle is cocked forward just so little, the blade takes on an entirely new attitude after submerging it. Naturally, I spoke with the Greenlanders about the appropriate degree angle for the cocking of the edge. They chuckled and remarked on the drive for perfection prevalent among Americans. "Experiment. They told me how it feels would let me know when the time was right. As soon as the blade goes into the water, it dives and grabs the more stagnant water to have a greater "grip." When one is in the surf zone, the blade will cut through the thick, green water as opposed to the more aerated, white water closer to the surface. After that, the front cocking blade is pushed backward without flutter from the angle. As the blade is retrieved, it begins to flow through the water at an oblique angle. The blade functions similarly to the blade of a propeller due to its shape and the "angle of attack," producing a pulse of forwarding motion that is "free," meaning that it does not require any additional energy to produce. This is made possible by a blade made entirely of wood, which has natural buoyancy and tries to rise to the water's surface on its own. The paddler's sole responsibility is to maintain control of the movement. After putting in a hard day's work paddling, which requires 10,000 strokes, the paddler is rewarded with an additional 10,000 free pulses of forwarding momentum. Before I attempted slicing the water vertically with the blades abeam and cocked to the ideal angle, I thought that statement sounded like a bunch of bull until I did it. Even though I wasn't paddling, the kayak started going ahead on its own. The friendliness of the interface to users is another quality of the design. For a first-time paddler, the learning curve will be a breeze to navigate. The seasoned paddler will need to unlearn a few skills to succeed. This makes the learning curve quite simple for someone just starting. The design of the paddle is spontaneous, natural, and symmetrical. There is no such thing as being inside out or backward. There is no control for the left or right hand, and the blades are not feathered. Take it and go; there is no need to worry about this or that, not even while you are underwater.

The Greenland Paddle Is Suitable For A Variety Of Purposes. It was created not just for propulsion but also for a skill-linked system of uses, including handling strong winds, maneuvering, preventing capsizes, and recovering from capsizes.

Blades of this type are designed to fit in the palm of your hand, for example. Because of this, it is possible to achieve what is known as a sliding stroke even in powerful gusts, with essentially no wind resistance on the offside blade. When regular sweep strokes are not powerful enough to move the bow of the kayak against the wind, an extended sweep stroke gives the paddler the ability to do so more efficiently. During group rescues, using longer sculling strokes helps maintain stability in the boat. Comprehensive high and low braces may be utilized when the circumstances are particularly severe. Last, the extended paddle roll is the ultimate "bombproof" roll that may be performed when all other registrations have failed, and one is low on air.

Aesthetically pleasant is the structure, which is entirely made of wood. Not only does it have a nice appearance, but it also has a lovely sound. The contact of the water with the blade may be heard and felt as it ascends through the shaft. In addition to that, the wood feels pleasant and toasty to the touch. Because of its flexibility, the strain on the fulcrum, which is your body, by the lever is reduced (paddle). As a result of the buoyancy that is distributed throughout the paddle shaft and blades, it not only rockets out of the water when it is recovered, but it also instinctively looks for the surface when it is getting ready to roll.

When rolling or sculling, the tremendous lift provided by the shape of the blade makes it simple to acquire, sustain, and carry out these skills. Because they have so much fun maneuvering or rolling up their kayaks, most paddlers who practice the Greenland technique spend as much time inverted as they do upright in their craft.

In conclusion, the unfeathered blades do not call for additional "offside" feathering abilities, rolling skills, or anything else. There is also a reduced risk of sustaining an injury to the wrist or elbow joints due to improper feathering technique.

Is The Greenland Paddle, As Its Name Suggests "The Perfect Paddle"? There may be no one paddle that's ideal for everyone. But it would be best if you didn't look down your nose at people that use it as I did. If you are an experienced paddler, you should give it a shot and allow it some time to work. The distinction between a propeller and a paddle wheel requires some getting accustomed to on your part. Even if you don't win any races, you will still have more reserve energy than your competitors after the race.

The Greenland paddle is designed with safety and efficiency first and foremost. Keep in mind that it is not only a method of propulsion but also the TOOL of the paddler for a skill-linked system of applications, such as handling high winds, navigating, preventing capsize, and recovering from toppling. 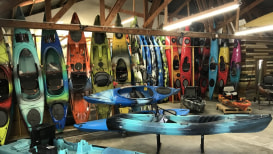 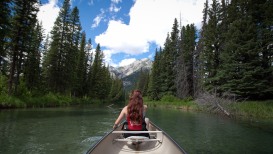 Kayak Rigged: Tips And Tricks For Rigging Your Kayak. 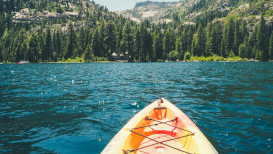 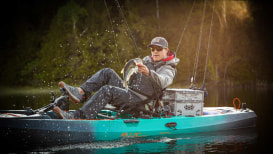 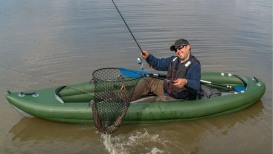 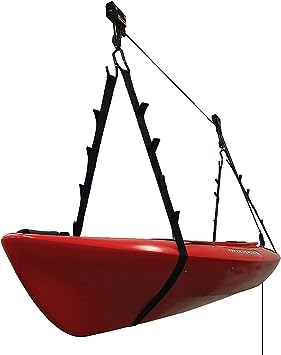 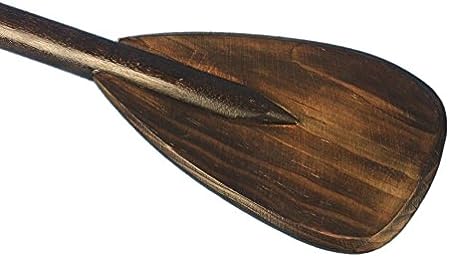 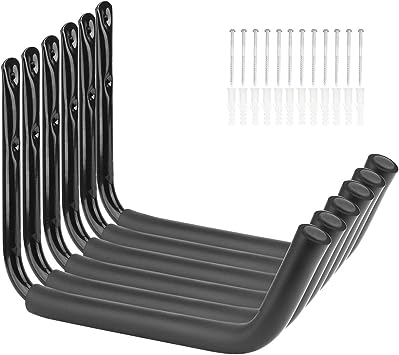 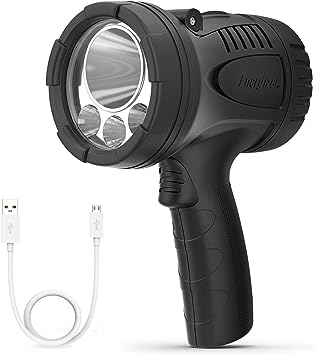