ByAbigail Scott
Updated on 8/13/2022
Table Of Contents
What Can I Expect To See While Kayaking At Night In Bioluminescent Florida?What City Will The Tour Begin?

There's something almost ethereal about being enchanted by nature in a world where you can take in some seriously spectacular artificial wonders (hint: Disney World).

If you've never experienced one of Florida's fantastical light displays produced by nighttime critters, you're in for a treat. Take a bioluminescent kayaking excursion at night in Florida to experience these extraordinary phenomena.

The Indian River Lagoon's year-round production of thousands of blue-green lighted lights in the lagoon's pure waters is due to combing jellyfish and plankton (dinoflagellates). Every year, visitors from all over the world congregate in Titusville, Florida, to gaze in awe at this breathtaking scene.

You can see a fantastic occurrence that only happens in 6 spots in the world for less than the cost of a decent steak in Florida. Need we say more?

What Can I Expect To See While Kayaking At Night In Bioluminescent Florida? Every stroke of your paddle in the water and every movement of your kayak as you take off into the water will let off a miniature fireworks explosion. You'll be surrounded by a pitch-black night sky and notice a brilliant blue-green glow on the water's surface. You'll never forget the scene.

Sounds quite psychedelic, no? You'll have to admit that we're right after you witness the bioluminescent impact that millions of the microscopic marine organisms known as dinoflagellates produce in the water. It appears to be almost otherworldly, as though you have left the mundane and uninteresting world behind and entered a radically bizarre one.

Five days following the full moon from May through October is ideal for night kayaking in Florida's bioluminescent waterways. Since it will be very dark outside, you will be given a life jacket, whistle, and glow stick.

Of course, your guide will walk you through every step and ensure you are aware of any safety concerns. So don't be concerned if you've never used a kayak. Children who are young as seven years old join us frequently on our kayak experiences because of how peaceful and safe the waterways are here.

What City Will The Tour Begin? Our excursions depart at the Haulover Canal, situated on the Merritt Island National Wildlife Refuge close to Titusville.

The dusk-to-darkness night kayak tours begin, and as the sky grows darker, you'll paddle out of the canal and into a small lagoon. By this point, it is almost entirely unclear, and any movement in the water will make the glowing waters visible to you.

You can paddle out and play around with the water, but the guides will always supervise you and ensure your safety. You can also remain motionless in your kayak as you observe the passing manatees and occasional dolphins.

Most kayakers enjoy waving their hands through the water and watching as it creates a glow akin to a tremendous fire. Some enjoy slapping their kayak paddles on the water to produce beautiful light splashes.

Did we also mention mullets to you? Yes, thousands of mullets live in these bioluminescent seas as well. One of our all-time favorite activities is paddling into the middle of a large school of dozing mullets and then seeing them awaken and leap through the air. When that happens, the jumping mullets produce an unparalleled light show; you don't need to move your hands to witness the bioluminescence.

Are you prepared to embark on a Florida bioluminescent kayaking tour at night? Reserve your spot to witness this magnificent phenomenon! 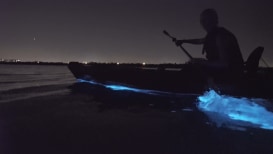 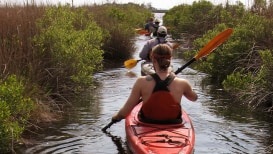 Kayaking And Paddling In NC: Best Kayaking In North Carolina 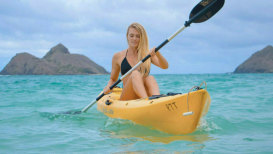 Tips About Kayaking In Kauai, Hawaii 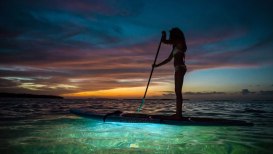 The Top 10 Kayak Led Lights For Night Fishing And Paddling 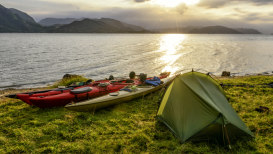 The Ultimate Guide To Kayak Camping 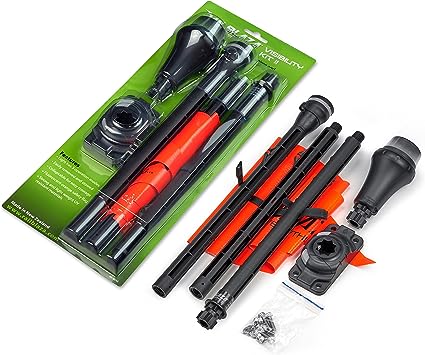 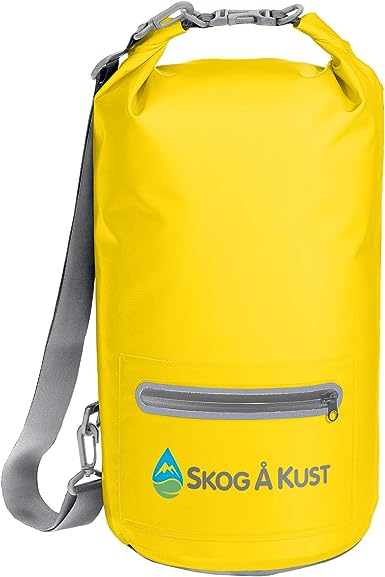 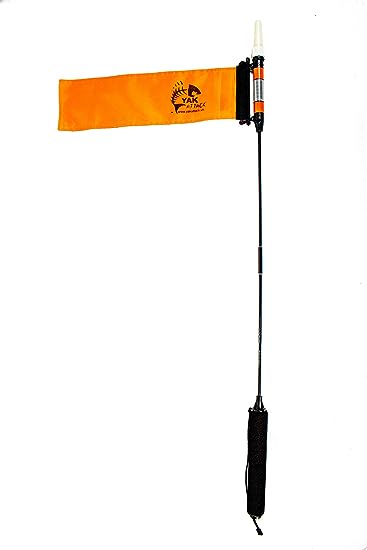