Although the Waka kayaks Steeze was first conceived as a river-running pleasure boat, it is possible to use it in larger bodies of water by adding a pod, which provides the ship with more capacity. There are two kayaks in one. This is what Waka had to say about the Steeze, in their own words:

The Steeze is a kayak that came into being as a result of our collective drive to design and manufacture the ideal kayak for paddlers. Our goal is to create a boat that will make kayaking an even more enjoyable activity without sacrificing any of the advantages that a contemporary stream boat brings to the table when a particularly challenging run is encountered. I have spent around thirty hours paddling the Steeze on the water of grade four and out in waves of varying heights. The Waka Steeze has a length of 274 centimeters, making it the same length as both the medium and big Pyranha Rippers. However, its width is 68 centimeters, making it significantly broader than the medium Ripper (62 centimeters) and the large Ripper (63 centimeters). This indicates that the Steeze provides a sense of stability that is superior to that offered by the Ripper right out of the gate. 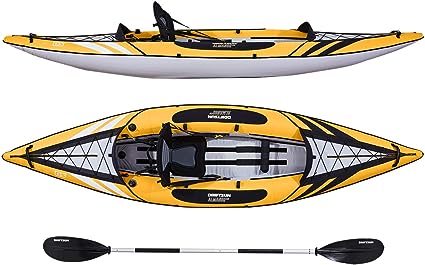 The oversized cockpit has a simple design that makes it simple to enter and exit. We are pleased to see that a robust step-out foam pillar has been added. Both the ratchets on the backrest, which allow for complete adjustment, and the thigh brace, which is of excellent quality but cannot be adjusted, are fixed. I am familiar with a handful of boaters that possess a Steeze and have changed the thigh braces by trimming down the excess material. The boat that I rented did not come with the supplemental pod that attaches to the rear deck. The pod has a capacity of 60 liters, which may be added to the hull's total of 300 liters.

The pod is sold separately from the kayak at a price of £250 in the UK. Both items may be purchased from the same retailer. I still have vivid memories of a time when one could get a Perception Dancer for close to that much.

If you wanted to, you could combine the different colors. The green boat that is depicted in the photographs does not have the extra stern pod that is supposed to be installed, which means that the volume is only 300 liters. Even without the pod, the boat still possesses a respectable amount of book, and its primary as well as secondary stability, are both satisfactory. The inclusion of the pod would make this far better. The boat's hull has lovely, crisp edges all around it. It is not too tricky to pivot round while keeping the stern submerged in the water. The boat has a piercing and constricted sensation. The steep rocker profile combined with the comprehensive volume of the bow allows for effortless wave penetration. In addition to that, it boofs nicely and resurfaces swiftly whenever it is necessary. When you are in the surf or on a wave in a river, you may get a good sense of how fast the hull is moving. This is a swift boat that has the ability to turn rapidly and edge sharply. If you're looking for some old-school action, flat spins and blunts are two of the quickest moves you can make.

Even with enormous trainers or watersport shoes on, there is enough space for your feet on the full plate footrest, which is compelling despite its simplicity.

If you were shorter than I am, you could notice that when the footrest on the entire plate is adjusted to a more specific position, there is a space between the footrest and the kayak hull. This happens when the footrest is moved closer to the kayak. I would cut the plate foam to fit the space, then customize it. This is true of the vast majority of kayaks.

The Steeze would be an excellent choice for you if you were looking for a single kayak to serve as both your river running play boat and your creeper. Even though I haven't used the Steeze with the pod attached, I can see how it would provide you with a great deal of adaptability without necessitating the purchase of another kayak that costs around one thousand dollars. 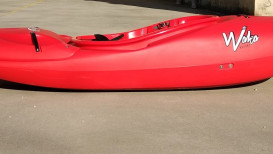 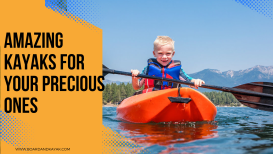 Kids Kayak: 4 Amazing Kayaks For Your Precious Ones 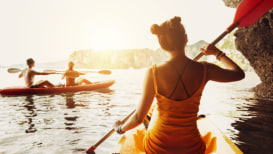 Cheap Kayaks For Sale Under $200 Let Us Take A Look 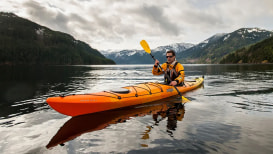 Reviews And Buying Tips For The Best Touring Kayak 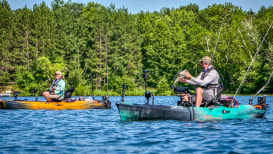 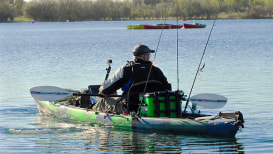 Budget Fishing Kayaks: Get The Most Bang For Your Buck 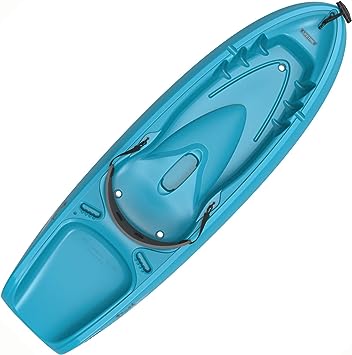 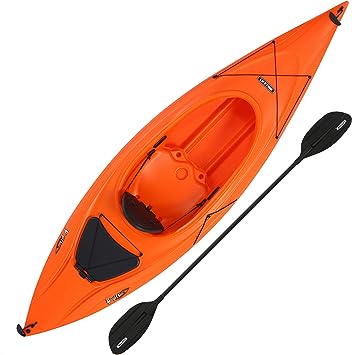 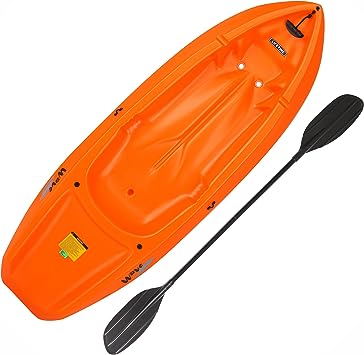 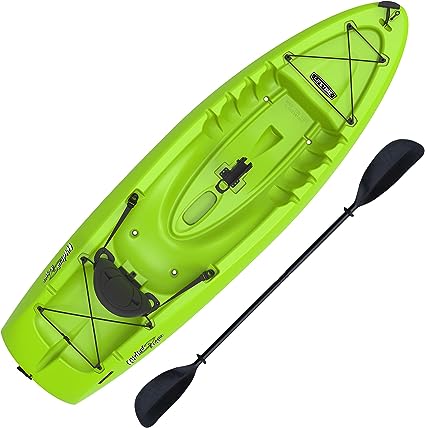